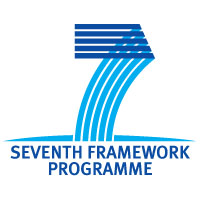 After finishing its 6-year cycle of activity, FP7 edited and published an assessment of the activities that took place from 2007 to 2012. According to the MIRRIS institute conclusions, Cyprus had 357 participations in FP7, with 15.7% success rate and around 63 million euros revenue.

GeoImaging Ltd, having 10 participations in FP7, was the company with the most participations among other Cypriot companies, having two more than the second and five more than the third ones. Apart from the research activities in FP7, GeoImaging is particularly active in a number of other European and National programs, as well as in various independent research activities, thus, promoting the research & development in Cyprus and the rest of Europe.

GeoImaging Ltd [www.geoimaging.com.cy] is a SME based in Nicosia, Cyprus, established in 2002. The company offers scientific and professional solutions in ICT and Geo-informatics and is also active in R&D programmes within EU & national funded projects.

The quality management system of GeoImaging Ltd has been implemented in 2013 and is fully compliant with ISO 9001 standards.

The quality management system of GeoImaging Ltd has been implemented in 2013 and is fully compliant with ISO 9001:2015 standards.